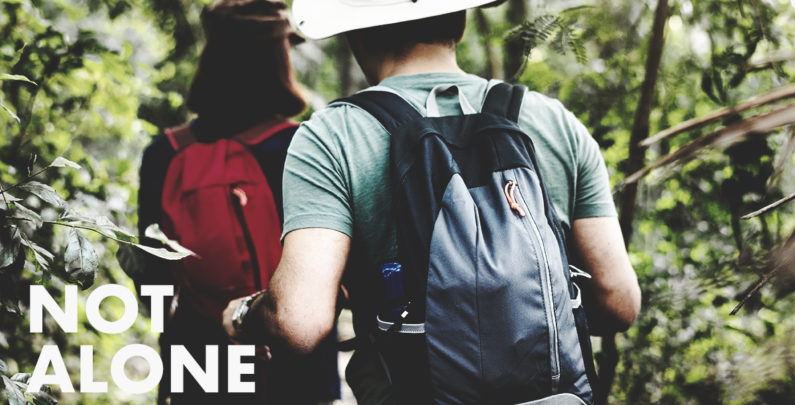 J.K. Rowling had just gotten a divorce, was on government aid, and could barely afford to feed her baby in 1994, just three years before the first Harry Potter book, Harry Potter and The Philosopher’s Stone, was published. When she was shopping it out, she was so poor she couldn’t afford a computer or even the cost of photocopying the 90,000-word novel, so she manually typed out each version to send to publishers. It was rejected dozens of times until finally Bloomsbury, a small London publisher, gave it a second chance after the CEO’s eight year-old daughter fell in love with it.

No matter who we are in life, we all will have problems from time to time that we cannot solve on our own. Maybe it’s as simple as falling behind in a class or as complicated as an addiction but whatever it is, there are times when solving it on our own is no longer an option.

In these moments, it takes great strength to admit our problems and ask for the help we need. It can feel very uncomfortable, particularly if we have been repeatedly rejected or if we are used to going it alone. People will disappoint us. People will reject us. People may even hurt us. But given the chance they may also delight, love, uplift, and support us. God did not create us to be alone but instead to be in community. We are made for each other. So next time you find yourself in need, don’t be afraid to lean on those key people God has placed in your life to help you. And in the meantime, make sure you are the kind of person others can lean on as well.

Prayer:  God we know that it is not good for any of us to walk this road alone. Thank you for the people who have come alongside us and helped us when we were unable to help ourselves. Thank you for the times you have used us to do the same for others. We pray for those who struggle with feelings of loneliness and isolation and we pray that you might send people to surround them and encourage them this very day.  Amen.